The TZ30’s LCD screen, with its 460k-dot resolution, is the same as that found in the TZ20 model. It’s reasonably resolute and bright but it’s just a shame that the resolution isn’t higher still. A number of competitor cameras are now employing 921k-dot, 1040k-dot or even higher resolution screens.

But it’s the touchscreen technology that impresses: Although not all menu options are accessible by touch, when it comes to autofocus the mode comes into its own. A simple press on the screen will focus on the subject in that location and it’s even possible to focus and fire the shot with one single press to the screen (using the ‘touch shutter’ mode). If the touchscreen sounds like a gimmick that you won’t use then there’re plenty of physical buttons to get to grips with the use the camera in a more conventional way. 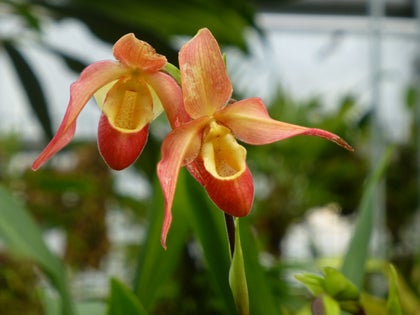 When in use the TZ30’s autofocus system is impressive. The ‘light-speed’ system that’s been adopted from the G-series models is extremely fast, outdoing many other compacts on the market – including far pricier models. At the 24mm wideangle setting the autofocus is at its swiftest, though as the zoom extends this speed does dip to a slightly slower pace. 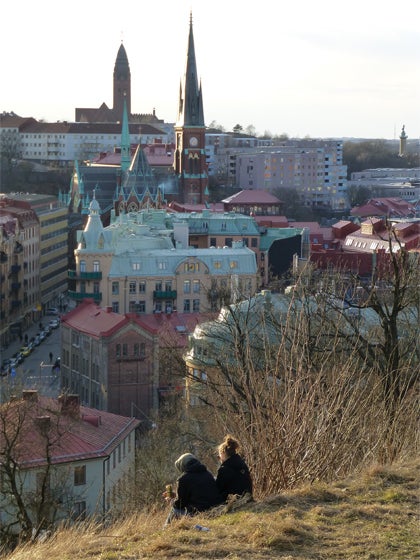 A variety of focus types include: Spot focus for a centre-point only; Face Detection to identify faces for focus; AF Tracking to follow subjects through the frame once allocated; 23-Area Multi; and 1-Area that allows a single point to be moved almost anywhere around the screen (bar the extreme edges). There’s plenty of choice and plenty of speed – the TZ30 more than impresses in use.

The new 10fps burst mode is another quality feature, though it’s not possible to autofocus during shooting at this speed. Instead a 5fps (max) mode will allow time for focus and exposure adjustment between frames being fired and is about as good as a compact camera’s continuous focus burst mode can get. However, as good as it is, it can still be a struggle to keep up with moving subjects – we’re impressed, yet there are limitations.

Despite excellent close-focus possibilities ranging from 3cm from subject at the 24mm setting and just 2m from subject at 480mm, there can be issues with what the camera opts to focus on. For example, a series of subtle branches crossing a scene may be well within the given range to focus on, yet the camera may persist in focusing further behind the target subject – a problem that even the touchscreen focus method won’t remedy. An occasional rather than chronic issue, but still one that caused the odd problem during shooting from time to time. 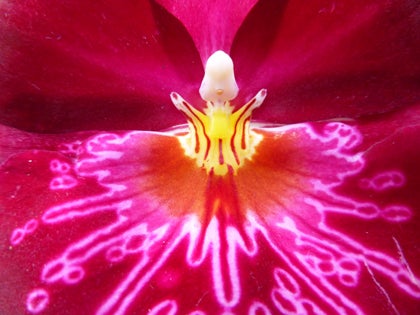 At mid-long zoom ranges the TZ30’s Power O.I.S. (optical stabilisation) kicks in and is a very impressive system indeed. Shots are noticeably steadied on the rear screen, even at the 480mm setting, which makes framing and capturing the right shot that much easier. Plus the system helps to keep shots sharp right down to shutter speeds than would not normally be recommended.

On the TZ30’s top there’s a one-touch movie button. With the second generation of AVCHD capture in full effect, the camera can capture 1080p movie files at 50 frames per second – a considerable improvement compared to the interlaced capture (50i) of the previous generation model. It’s possible to use the zoom during capture, continuous autofocus is effective and the final quality is great. An MP4 format capture is also available – although it’s of a slightly lower quality the files don’t need to be decoded prior to use and are immediately compatible with many common computer programmes (unlike the AVCHD format).

Then there’s the TZ30’s 3D mode: It requires real-time movement of the camera in an arc-like pattern to give the camera the opportunity to capture many images throughout this back and forth motion. As each image is slightly offset from the last the camera can combine the two most relevant shots to produce a pronounced and believable 3D file. A static shot wouldn’t produce a comparable shot, short of using a twin-lens compact. It works well enough, though you’ll either be a fan of 3D or just not.

Another fun feature is Global Positioning Satellite (or GPS for short) technology. This enables the camera to plot the coordinates of where a photo is taken and associate the metadata to the image – it’s useful when then uploading to maps, cataloguing by location and so forth.

To go one step further, Panasonic has also introduced a DVD full of mapping information in the TZ30’s box. It’s possible to select and load up maps onto the camera by storing them on your SD card.

Good though GPS is, it does have a negative impact on battery life – and as it stands the TZ30 is only able to muster about 250 shots per charge at most. That’s not low nor unusual for a compact camera, but we’d like to see some extra juice squeezed into the battery for a longer-lasting day’s shooting.