Thanks to its predominantly metal exterior finish, the LX7 retains the same high-end quality feel as the LX5, with the revised hand grip providing a nice and comfortable hold.

Compared to the LX5, there have been some subtle tweaks to the LX7. It’s a touch taller and a little fatter – this can be attributed to some extent to the faster lens and the presence of a aperture ring round the front of the lens. However, unlike some other compacts that offer a range of programmable settings for the aperture ring, the LX7’s is used exclusively for aperture control. 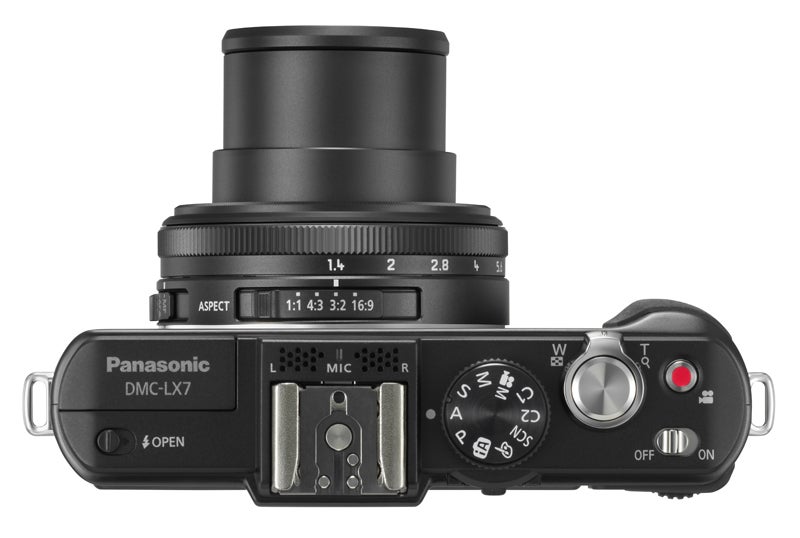 Behind the aperture ring on the lens is the aspect ratio selector, while on the side of the lens is an additional selector for focus, with the choice of AF, Macro and MF. Along the top and the most obvious change from the LX5 is the inclusion of the stereo mics. Otherwise, it’s virtually identical to its predecessor – you’ll find a built-in flash tucked away in the body, while the hotshoe will allow a range of accessories to be attached, including the already mentioned LVF2 electronic viewfinder.

Turning to the back of the LX7 and, again, existing users of previous models will feel right at home as the layout is virtually identical to the LX5. There’s a command dial just next to the thumb rest, while there’s a four-way d-pad and Q menu to quickly change settings should you need to. The only change is the inclusion of the ND/Focus switch that sits between the accessory port and command dial. Press down and move it to the left to activate the ND filter, while moving the switch left or right carries out manual focus, with the area of interest enlarged on the rear screen to ensure the shot is sharp. 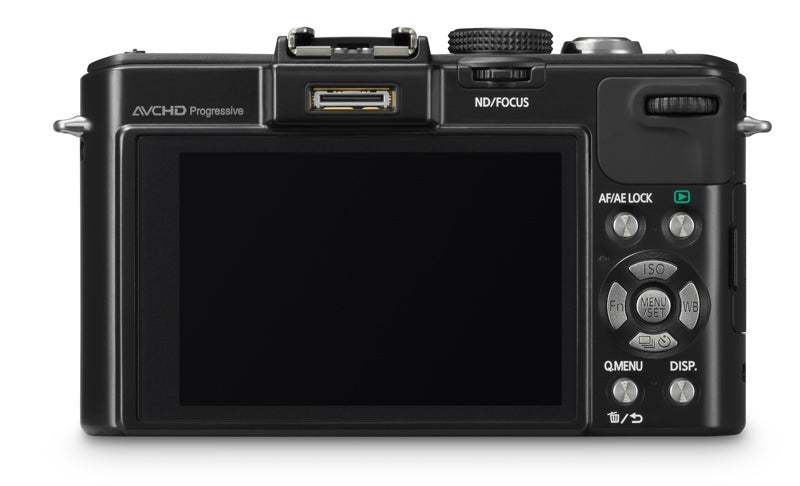