As is ever the case with a bridge camera packing an optical punch, the bulk of the Lumix FZ200 is occupied by the large lens barrel on the camera’s front. No doubt owing to the constant maximum aperture throughout the focal range, the lens barrel itself is substantially wider then equivalent bridge cameras. 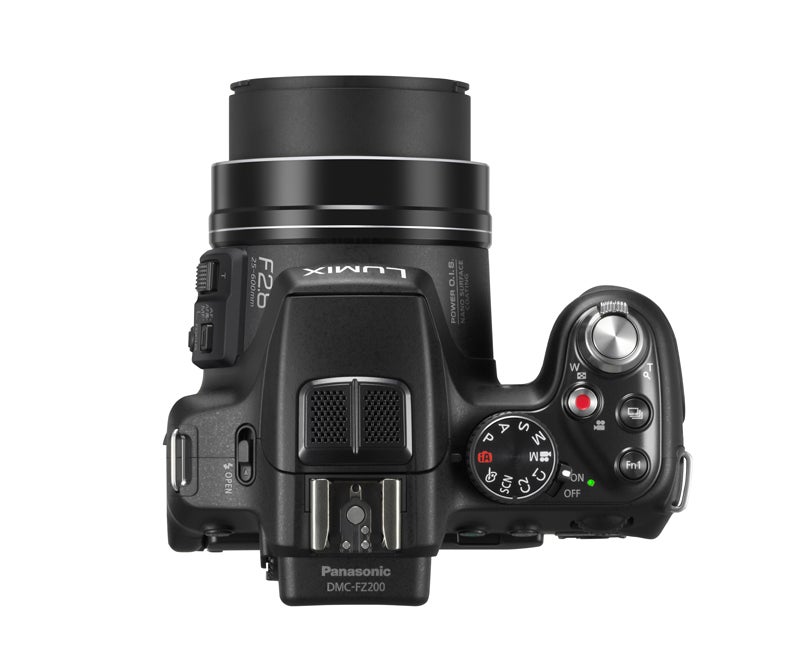 The good news is that this extra real estate is put to good use with the inclusion of a set of focus and zoom toggles on the left hand side of the lens. As well as featuring a zoom toggle around the shutter release button on the top plate, the left side of the lens barrel also features a sliding zoom toggle in the more natural shooting position. This zoom toggle is accompanied by a focus mode adjust button as well as a supplementary focus button.

Although a bulbous front lens section can sometimes cause a camera body to become unbalanced, this is not the case with the FZ200. This is not only thanks to the fact that the camera body is well proportioned, but also thanks to the generous handgrip of the right side of the camera. The handgrip is also suitably spaced from the lens barrel and features a rounded design so as to sit comfortably in the hand. 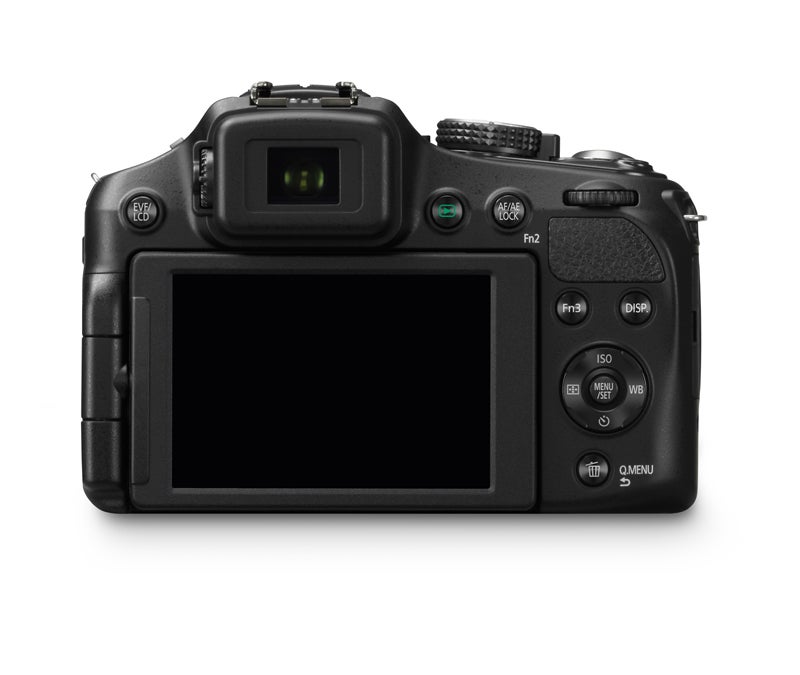 One of the pleasing aspects of the camera’s design is that it’s clearly suited to the advanced photographer. As well as offering quick access to the PASM shooting modes on the camera’s generous mode dial, the model also features no fewer than three ‘Fn’ buttons located around the body, with two on the rear of the camera and one on the model’s top plate. The top plate also houses a button offering quick access to the model’s drive mode as well as a dedicated video record button.

As well as featuring Panasonic’s Venue Engine processing technology, the FZ200 features the same Panasonic proprietary ‘Light Speed AF’ technology as that found in the manufacturer’s more advanced ‘G’ series cameras. Panasonic claims that this technology offers some of the very fastest AF performance in its class and on the whole these claims are borne out in use.

If you’re looking for more precise focusing, say when shooting at the tele end of the zoom or in macro scenes, you might look to the model’s manual focus system as an alternative. Once again, the good news is that the FZ200 offers impressive manual focus performance with a responsive real dial offers quick adjustment.

This promptness in AF is continued in the general performance of the FZ200. The camera powers up in around a second and is ready to shoot right away, while shot-to-shot speeds are also prompt even when shooting Raw files. One criticism is the camera’s continuous shooting mode – the headline 12fps figure is only valid for shooting 12 frames, and although the camera is not unique in this regard even the lower settings of 2fps suffers from shooting delay after just a few shots of Raw and JPEG owing to a clogged buffer.

Considering the large optical zoom, the FZ200’s lens manages to travel from the wide to tele end of the zoom at a respectable speed. It also has a pleasingly smooth travel, a feature that is especially noticeable when using the zoom lever on the side of the lens barrel.

While the LCD screen on the rear of the camera isn’t of the highest resolution in comparison to its competitors, it still offers a pleasing level of detail. The performance is no doubt aided by the fact that the screen is of the vari-angle variety with the hinge located on the left-hand side of the cameras body – this configuration allows for the screen to be rotated around a horizontal axis about 270 degrees to face the opposite side.

On the whole it’s a positive picture up to this point with regards to the FZ200’s performance, although it’s not entirely without its issues. One of the areas that provokes annoyance is the camera’s EVF – at 0.2in the screen is not dissimilar to other bridge cameras, although it appears quite far set down the viewfinder itself and thus appears smaller. The resolution, at 1.3m pixel, is amongst the highest on the market and that, in combination with the dioptre adjustment, means that the image on the viewfinder itself is suitably resolute and offers a sharp and accurate depiction of the scene being composed.

A further niggle with the viewfinder however is the lack of an eye sensor. This means that whenever you want to switch between the LCD and the viewfinder you have to press the button located to the left of the EVF. This might not sound like much of a pain, but when you’re constantly switching between the two to shoot images and review them the process becomes a lot more long winded then it would be with an eye sensor.