The Olympus XZ-10 arrives on the scene at the same time as the Olympus XZ-2 is made available in white. Designed to be smaller and lighter, this high-end compact boasts many of the features from its flagship cousin, with the key advantage that it’s around 40% smaller. 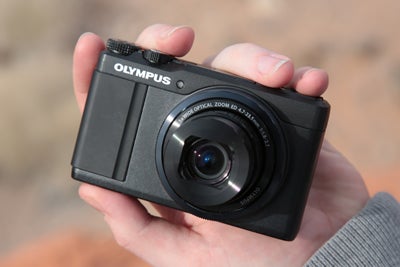 The Olympus XZ-10 adopts the same powerful TruePic VI image processor from the Olympus OM-D and it’s built around a 12MP backlit 1/2.3” CMOS sensor. In front of this there’s a 5x optical zoom lens, which provides a 26-130mm focal length in 35mm terms and has a maximum aperture of f/1.8 at the widest setting, closing to f/2.7 at full telephoto. 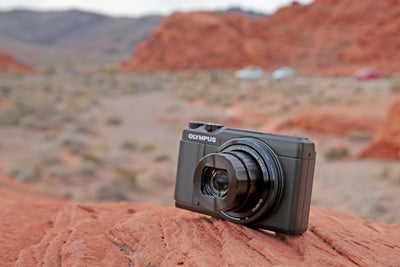 With a maximum sensitivity of ISO 6400, the Olympus XZ-10 has been created so that you can setup the camera incredibly quickly without fuss. Just like the Olympus XZ-2, it has a customisable control ring around the lens for adjusting key parameters manually. Alternatively, if the user would prefer to use the Fn button on the back of the camera, this can be assigned to control either ISO or metering modes. 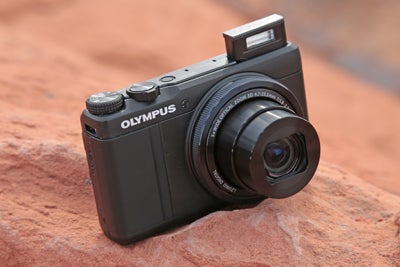 As well as offering all the manual settings you need from the corner of the top plate, you can take control of other settings using the touch-sensitive LCD screen. This measures 3in in size and has a 920k-dot resolution. First impressions of the touch screen on an early Olympus XZ-10 sample were highly impressive and it makes for a more intuitive way of quickly selecting where you’d like to position the AF point in the frame. 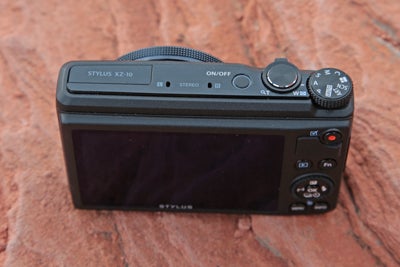 For those who’d like to get a bit more creative with the shots they take, there are 11 art filters available, which can be applied to movies as well as stills. Some of the filters available include cross process, gentle sepia, grainy film and dramatic tone.

Other interesting features to note include HDR backlight adjustment, full HD video (1080p) and a multi-motion movie stabilisation function that’s intended to reduce the amount of blur when recording videos on the move. And, if you’d like to experiment with different aspect ratios, the XZ-10 also offers 16:9, 3:2, 4:3 and 1:1 options. 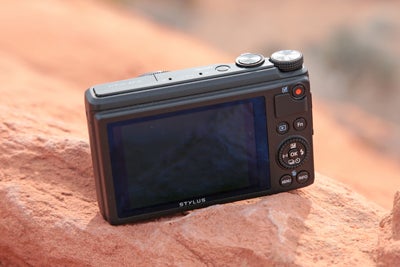 Given the opportunity to handle the Olympus XZ-10 prior to its official launch, it has a fairly solid feel in the hand and slots into an average size pocket with ease. The mode dial on the corner of the top plate is a simple and well-received addition. It saves the hassle of having to search through menus if you’re the type of photographer that likes to take manual control of your camera. The customisable control ring also works very well, notching into place with a small rotation. If you’re a photographer that regularly shoots in aperture priority mode, you’ll enjoy using the control ring to change your settings. 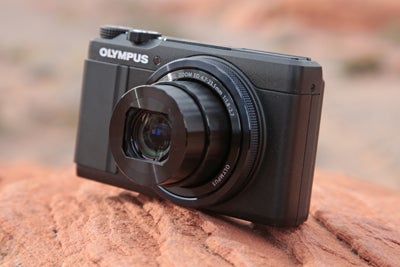 Produced in black, white or a more unusual brown colour, the Olympus XZ-10 will be available from late March and is expected to cost £349.