£549.00
Out of all of the original “big five” traditional camera companies, it is Olympus which has shown the greatest commitment to digital photography.

While Nikon, Canon and Pentax still make film cameras, and Minolta is sadly just a fading memory, Olympus stopped making film cameras, including its popular OM series of SLRs, as long ago as 2002, and has concentrated instead on a wide and varied range of digital cameras.

It co-developed the Four Thirds sensor and lens mount system, and more recently has re-introduced the distinguished OM brand as a mirrorless camera system. A number of features from the critically-acclaimed OM-D system have also gone into the flagship Olympus Stylus 1 advanced compact, so is this new camera a DSLR with a fixed lens, or a compact with delusions of grandeur? 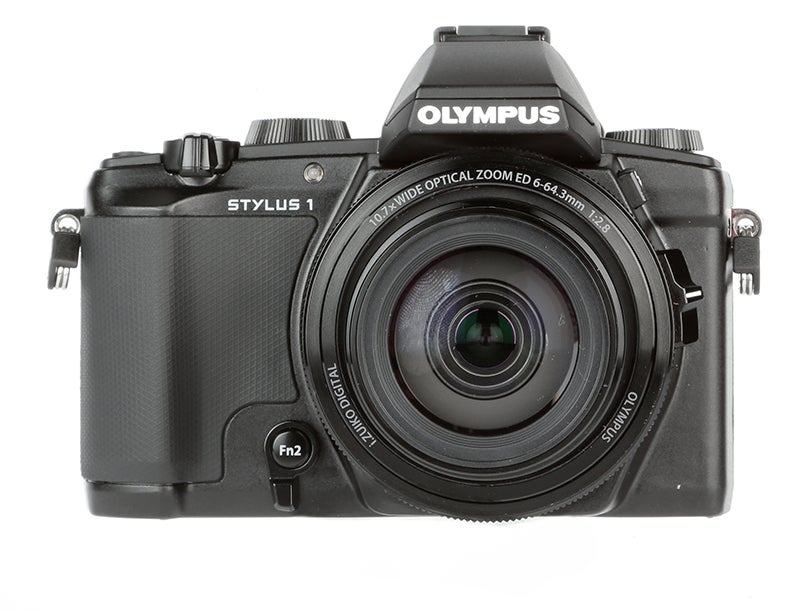 While the Stylus 1 bristles with complex-looking controls and SLR-like design elements, the stand-out features are the viewfinder, the monitor and the lens, so let’s take a closer look at them.

The viewfinder is the camera’s most obvious feature. It is essentially a “copy and paste” feature from the OM-D E-M5 Four-Thirds system camera, mounted in a prominent turret designed to resemble the prism viewfinder of a traditional SLR, complete with a flash hot-shoe on top.

It is astonishingly sharp, certainly more than sharp enough for accurate manual focusing, and as close as any EVF that I’ve ever seen has come to the clarity of a TTL optical viewfinder.

The information displayed in the finder is crisp and clear, and with -4 to +2 dioptre adjustment and a comfortable rubber eyepiece cushion it is a pleasure to use either with or without glasses. It has a proximity sensor that activates the EVF when it’s put up to your eye. 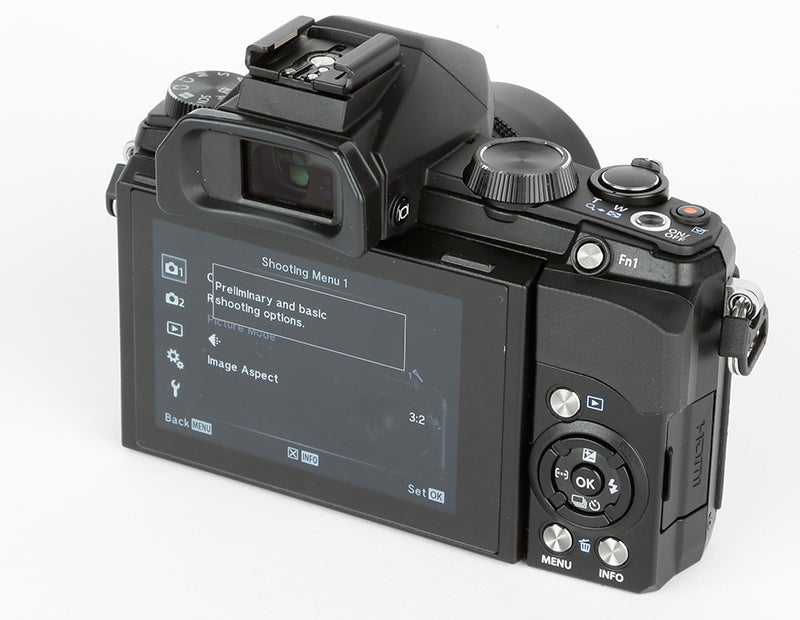 Not to be outdone, the monitor is also exceptionally good. It’s even better than the one on the E-M5, and is closer in specification to the monitor on the new E-M1 flagship. It has a 7.6cm (3.0in) screen with a resolution of 1.04 million dots, capable of tilting between 45 degrees down and 90 degrees up, for overhead or waist-level shooting.

It is a touch-screen, but in shooting mode this is only used for focus point selection, touch-shutter release and a few simple picture style controls in iAuto mode.

The lens stands out for two reasons. The first is the unique way the automatic lens cover works. It’s simply a set of spring-loaded “barn doors”, which are pushed aside as the lens extends, and the close again when it retracts. It serves well enough to keep most dust and finger-marks away from the glassware, but the doors are a bit flimsy and don’t provide much real protection.

Fortunately the automatic cover can be unscrewed and replaced with any standard 49mm lens cap. The other outstanding feature of the lens is its maximum aperture, which is a respectably fast f/2.8 across the entire 10.7x, 28-300mm-equivalent zoom range. An f/2.8 300mm lens is a desirable item for any photographer, and the Stylus 1 has one built in. 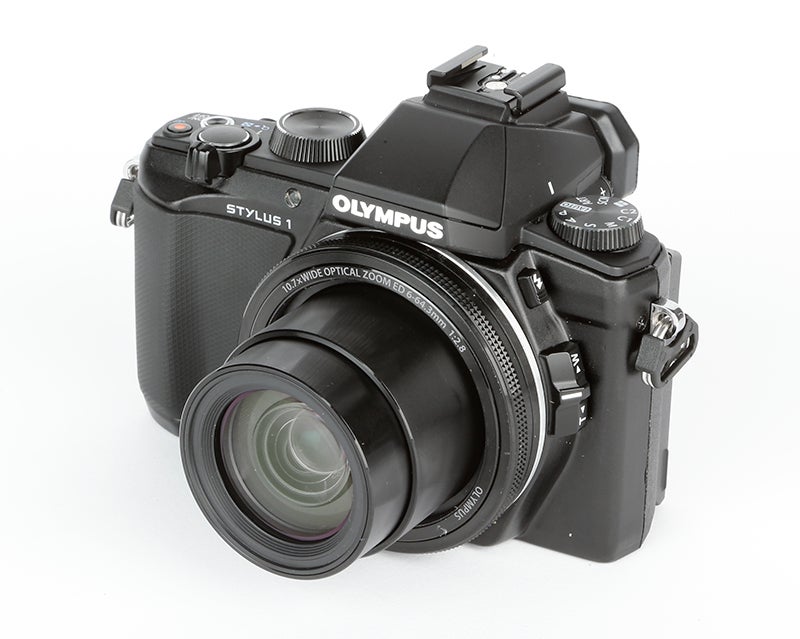 Moving on to less obvious features, the Stylus 1 is equipped with a 1/1.7in back-side illuminated CMOS sensor, and in common with most of its advanced compact rivals it has a resolution of a fairly restrained 12 megapixels.

Given the size, price and style of the camera some people may be disappointed that the Stylus 1 doesn’t have a larger sensor, especially considering that it’s competing with cameras such as the Sony RX100 II and the Fujifilm X20, but most of its other competitors also have 1/1.7in chips, so it’s no disadvantage.

The Stylus 1 has a very complex but versatile control interface, including that latest must-have feature, a control ring around the lens barrel. This, as well as all the other controls and most of the camera’s features, can be fully customised as to function in each different mode, via the extensive menu system. You really can set the camera up just the way you want it, which gives it a great deal of creative versatility.

Like most recent cameras the Stylus 1 features Wi-Fi connectivity and smartphone compatibility. Using the free Olympus Image Share app it is possible to connect to the camera remotely from a suitable Android or iOS smartphone. The app can be used to remotely trigger the camera, import photos, add GPS data, share pictures online and even perform some very basic editing functions.

The method of pairing the smartphone to the camera is quite clever; as part of the set-up process, the camera generates a QR code on its monitor, and as such is one of the first cameras to do so. Simply scan this code using your phone’s camera and it will identify and connect to the camera automatically. It’s a very easy system to use, and saves a lot of time and effort.