Nikon COOLPIX P7700 Review - The P7700 is one of the leading enthusiast compacts on the market at launch. Our full review sees how it fares in a competitive market

The Nikon Coolpix P7700 is the latest in a long line of enthusiast P-series compacts from Nikon.

The explosion of Compact System Cameras over the past few years led many to believe the days of enthusiast compacts were drawing to a close. If anything, the emergence of such systems has only reignited interest in high-performance, pocket-friendly cameras, with revised sensors, brighter optics and evolutionary increases in functionality helping to keep the format alive. 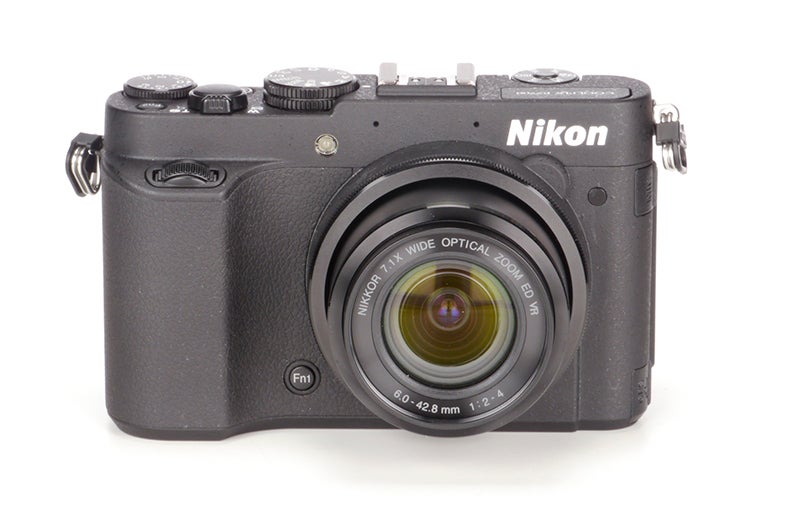 The Nikon Coolpix P7700 is one of the most recent additions to the pool, and its key changes are likely to please and displease the target market in equal measure. Next to the Nikon P7100 it replaces, the camera’s resolution has jumped from 10.1MP CCD sensor to a backlit 12.4MP CMOS alternative, while the 720p video mode seen previously seen has now been upgraded to the full HD 1080p standard.

The P7700 also takes a significant leap with its burst shooting, from a paltry 1.3fps on the P7100 to a far more respectable 8fps here.

The 28-200mm lens has also seen its maximum aperture broadened, from f/2.8-5.6 before to f/2-4 here, although, presumably in order to make make the lens brighter, the camera has lost its viewfinder, leaving the 3in LCD – which now offers greater flexibility through a side pivot – as the only means of composing and reviewing all images and videos.

Nikon hasn’t deviated with the P7700 too greatly from the P7100 feature set for the camera’s remaining functionality, with the same combination of Raw capture, full manual exposure control and an neutral density filter integrated into the optic, together with options for controlling lens distortion and noise reduction. An exposure compensation dial is also joined by two customisable Fn buttons, with three spaces on the mode dial reserved for User Definable settings. 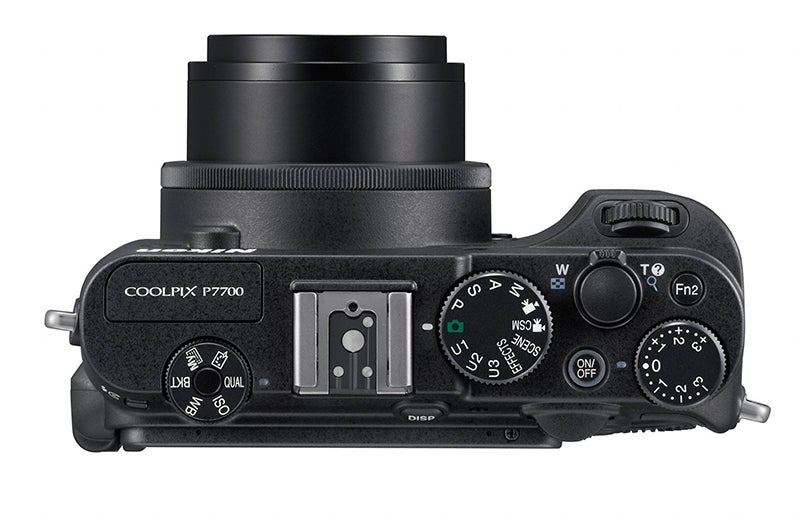 The Nikon P7700 is considerably more lightweight than its magnesium alloy shell may suggest, with a liberally-rubbered grip topped with a small but freely-rotating command dial, and metal dials on the top plate lending it an air of solidity.

The abundance of physical controls (particularly on the rear) is no doubt preferable to the menu-based option of selecting functions, and it’s welcome to see the exposure compensation dial being stiff enough for accidental turning to be minimised, although the menu pad – on which the thumb naturally rests when the camera is held – presses easily enough into the body for it to be accidentally keyed.

With the P7700’s viewfinder gone, it comes as some comfort that the LCD screen is as excellent a performer as it is. Clear, bright and fluid in its reproduction, with its only failing of being marginally more difficult to view in harsher light mitigated by its articulation.

Its pleasing performance is helped by a clear and fresh menu system, which does away with abbreviations and instead concentrates on providing a well-rounded set of options befitting the enthusiast user.