The first point to note is that all of the various buttons of the camera
body, as well as the general balanced feel, mean that the P510 feels
very comfortable in the hand. It would be easy to assume that the model
would feel cumbersome or difficult to operate, owing to the focal range,
but this is simply not the case.

The P510 specification quote a headline continuous shooting speed of
7fps, although this is a speed laden with caveats – the 7fps speed is
indeed achievable, but only for a duration of five full resolution
images, and therefore less than a second’s worth. A more realistic
judgement of speed is the 1fps rate, which will allow you to shoot up to
around 30 frames at full resolution.

A customary range of focus modes are present of the P510, one of which
being subject tracking AF – this performs well on the whole, although if
the subject is travelling through the frame at any great pace and the
photographer doesn’t track and pan with it, a loss of focus is far from a
rare occurrence. The good news is that the rest of the camera’s focus
system performs well: AF speed is generally respectable, albeit not the
fastest on the market, while accuracy is also pleasing. Unfortunately
full manual focus doesn’t feature, with there instead being the option
to pick a focus point from a range of 99 and allowing the camera to
focus there instead. 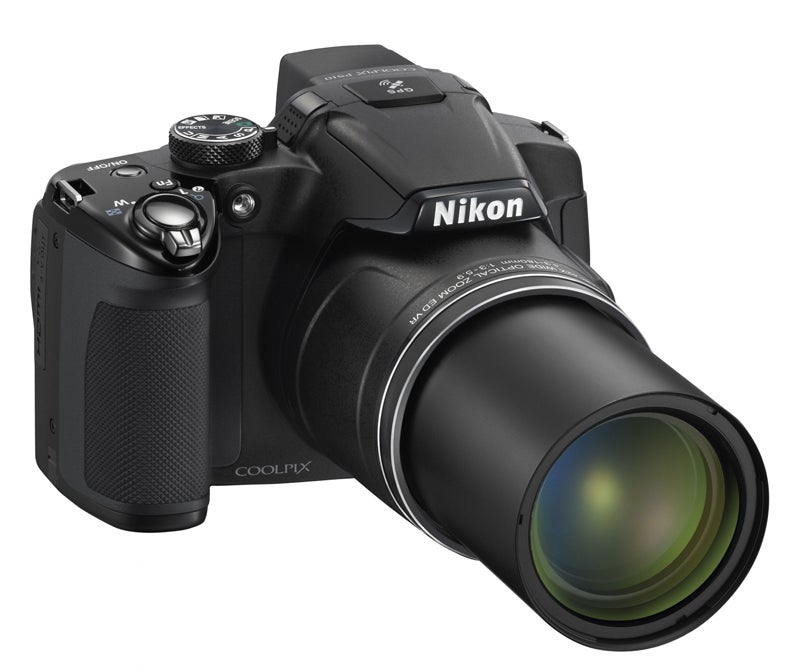 With the main feature of the P510 being its large optical zoom, the
performance of this feature is going to be a serious concern to
potential customers. Once again, there are few concerns to report in
this department. The zoom travels between wide and tele ends both at a
respectable pace and also with a minimum amount of audible volume. Other
potential pitfalls caused by the large optical zoom, namely shutter lag
or slow start-up and power-down times, are also noticeable by their
absence.

As mentioned, although the tiltable LCD screen isn’t implemented in the
best possible way by which it could be, it’s presence is still an
advantage on this style of camera. The screen itself, at 3in and
921k-dot in resolution, is striking and certainly performs well even in
difficult lighting conditions. For those who struggle with an LCD screen
in certain conditions, the P510 features a 0.2in, 201k-dot digital
viewfinder complete with dioptre adjustment. Now, this viewfinder is
still someway behind optical equivalents, but it is an improvement on
previous COOLPIX bridge cameras.

One feature which is lacking on the P510 is the option to capture Raw
files. This is far from unique to Nikon, with a wide range of advanced
compacts and bridge cameras somewhat mystifyingly choosing not to
include Raw capture alongside standard JPEG capture. It seems a shame
that such a full specification, along with advanced capture
functionality, is lacking the ability to capture Raw files.

With a street price of around £300 at time of going to press, the P510
is certainly a lot of camera for your money. When you consider how much a
set of optics covering an equivalent focal range would cost for a DSLR
or interchangeable lens camera, the value begins to look even better,
although it’s certainly comparable with similar superzoom bridge
cameras.