While the P510 features all the hallmarks of the popular ‘bridge’ tag, there’s no debating the headline of these being the 42x optical zoom. The lens covers a phenomenal focal range of 24 – 1000mm in 35mm equivalent terms, making it capable of wide-angle work alongside super-telephoto shooting, all inside one relatively compact body. 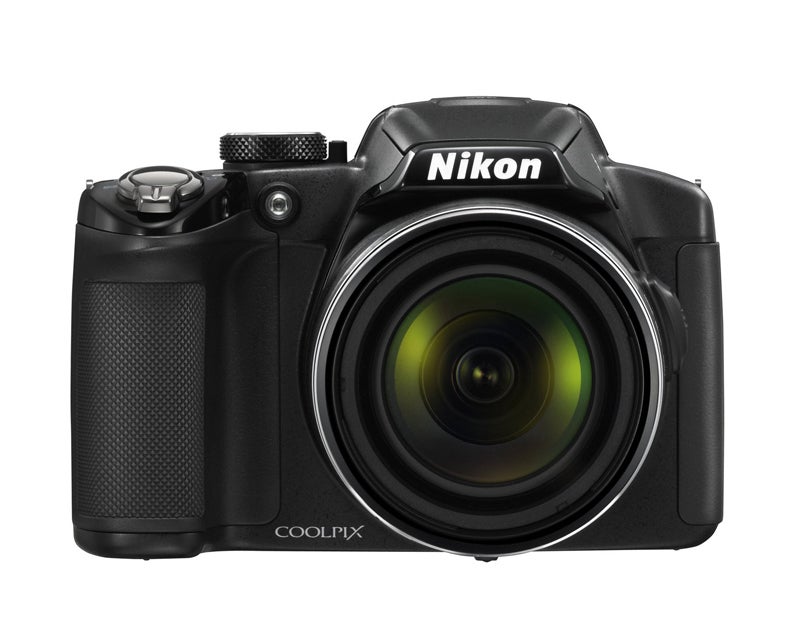 Those concerned with camera shake will be assured by the presence of Nikon’s second-generation advanced lens-shift VR which, the manufacturer claims, will allow shooting speeds of up to four times slower than without it switched on.

As mentioned, the P510 offers a full specification to accompany the headline optical zoom. The model features a 1/2.3in backlit CMOS sensor with an effective resolution of 16.1 megapixels, accompanied with Nikon’s EXPEED processor aimed delivering ‘clear shots in any light’.

A welcome feature on bridge cameras, and especially one with an extensive focal range such as the P510, is a tiltable LCD screen. Such a feature allows for the camera to be used at unconventional angles, with framing still possible, as is often the case at the tele end of such a zoom. The P510 features a 3in tiltable LCD screen with a 921k-dot resolution and Nikon Clear Color Display technology, making it one of the better-specified variations on the market. 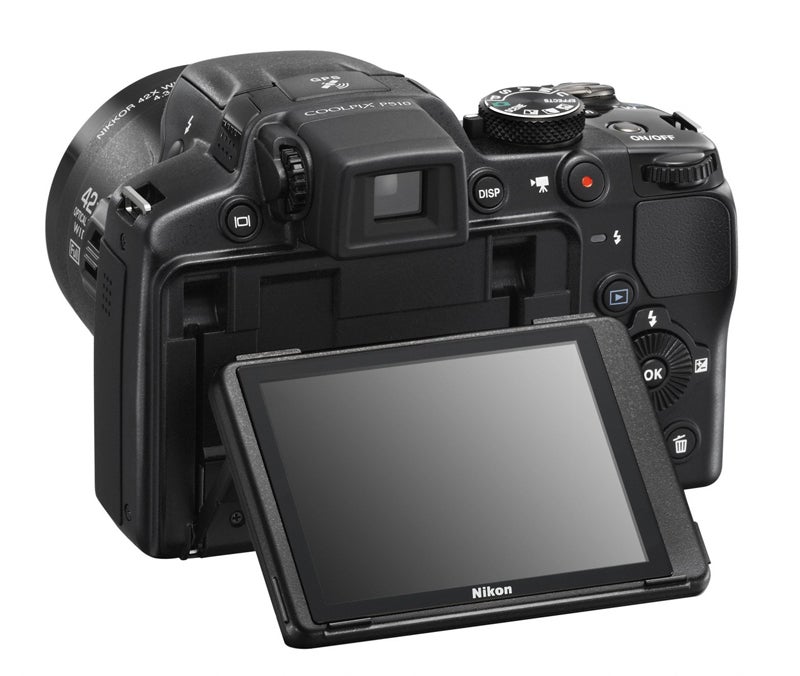 The P510 benefits from the inclusion of Full HD movie recording at a resolution of 1080p, complete with stereo sound capture, while optical zoom complete with auto focus is also supported during movie capture.

As you would expect with a bridge camera, the Nikon P510 offers a host of manual controls. The model offers full PASM control over shooting settings, as well as featuring a ‘U’ setting wherein photographers can store their preferred settings for instant recall when needed. The model also features Auto and Scene Auto Selector modes for those wanting the camera to make decisions on settings for them, whilst a host of special effects are also accessible through the main menu system.

Other highlights of this burgeoning specification include on-board GPS technology, which geotags the exif data of your images with the location of capture, as well as 3D image capture technology, although this is of the lesser single-lens variety as opposed to stereoscopic.

There’s no denying that the P510 is bulkier than your average bridge camera, although it is still remarkably compact when considering the range of the optics contained within its body. The body is formed of the standard bridge camera design  – a large hand grip sits to the right side of the camera body and protruding barrel on the front of the camera in which the lens is housed. Despite the fact that the 42x optical zoom has resulted in a front-heavy camera body, the handgrip is suitably deep enough – and well rubberised – so as to accommodate a firm hold whilst shooting.

As you would expect with a bridge camera such as the P510, the body features a range of controls aimed at both improving the user shooting experience and offering quick access to advanced functionality. For example, the body features two zoom rockers – the first of which sits in the conventional position surrounding the shutter release buttons, with the second sitting on the left side of the zoom barrel. The latter of these buttons is in the exact place where ones thumb sits when holding the camera to shoot and is a clever and welcome addition. 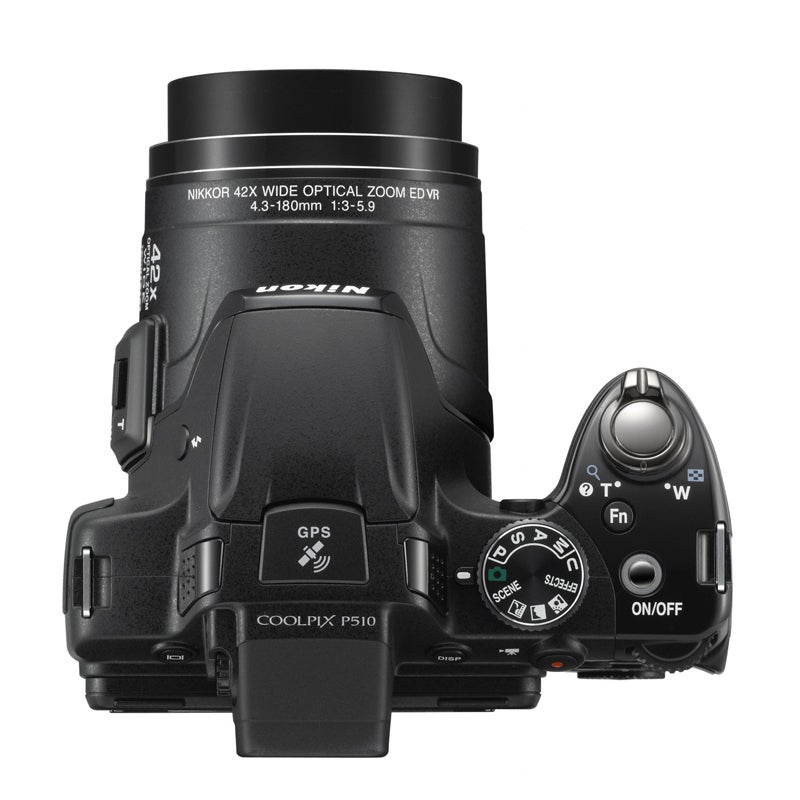 Another welcome addition, and a hint at the advanced nature of the camera, is an ‘Fn’ button on the model’s top plate. The Fn button sits between the shutter release button, power button and raised command dial – therefore is easily accessible whilst shooting – and can be assigned to toggle a range of shooting functionality.

The rest of the camera body houses a pair of command dials for adjusting shutter and aperture settings, a dedicated video record button for those looking to shoot movie, as well as a conventional layout for the remaining function buttons.

As mentioned previously, the Nikon P510 features a 3in, tiltable LCD screen. The screen pulls away about a horizontal pivot, and then can subsequently be tilted around a range of approximately 180 horizontal degrees. Although this is an effective implementation of a tilting screen, it’s not necessarily the most effect – a design whereby the screen pivots on a hinge to the left of the camera body, thus allowing 360 degree rotation, is far preferable.

Despite all of these design tweaks hinting at the advanced nature of the camera, it’s worth mentioning that the P510 is lacking a quality finish. The area surrounding the shutter release and power buttons is somewhat plasticky in finish for example, while the rest of the body is also hardly finished to a high standard. The same is true of both of the command dials on the rear of the camera and, on the whole, it appears Nikon has concentrated on saving a few pennies in the overall finish.