The Fujfilm X20 is the manufacturer's flagship compact and it arrives with an overhauled feature set on its predecessor. How does it perform? Find out in our Fujifilm X20 review

£499.00
Although Fujifilm’s X series is just one of a slew of recent retro-themed camera lines, its authentic analogue styling and proprietary sensor technology has made a particular impression. The Fujifilm X20 is positioned as the flagship model of the line’s compact offerings, and it arrives with a significant overhauling of its predecessor’s feature set. 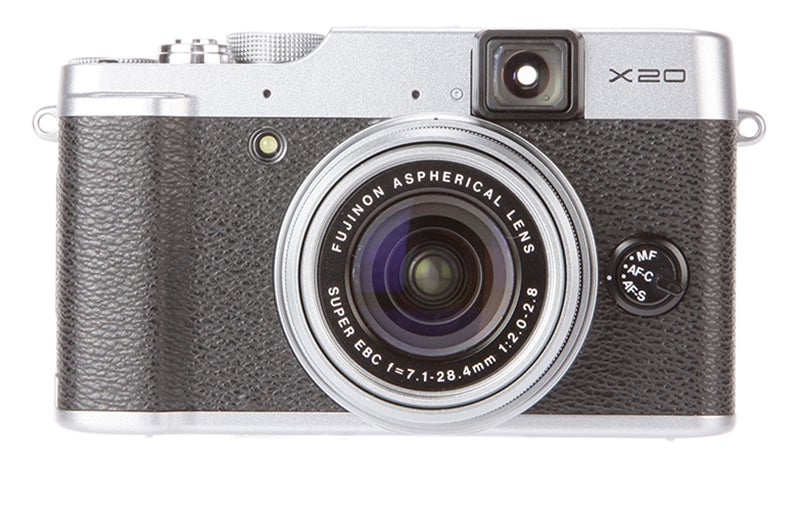 The Fujifilm X20’s X-Trans CMOS II sensor, for example, is newly developed for the model, despite it bearing the same 2/3in dimensions and 12MP pixel count as the one found in the previous Fujifilm X10. Thanks to the X-Trans technology on which it is based Fujifilm has chosen to omit the standard anti-aliasing filter, stating that more random arrangement of its colour filters renders one unnecessary. It’s not the first compact to do so, with the recent Nikon Coolpix A doing the same.

As with many other recent cameras, Fujifilm X20’s sensor includes phase-detect pixels to assist in focusing. Fujifilm claims this helps focusing speeds to be as prompt as 0.06sec, with an Intelligent Hybrid AF system automatically recognising when a scene requires phase-detection AF or the more conventional contrast-detect means of acquiring focus.

All of this is technology on the Fujifilm X20 is helped by a second generation EXR processor, which is claimed to deliver images with over 30% less noise than the Fujifilm X10, while also making a 12fps burst at full resolution possible. The processor also includes a new Lens Modulation Optimiser function, which helps counter effects such as diffraction which becomes more problematic at smaller apertures. 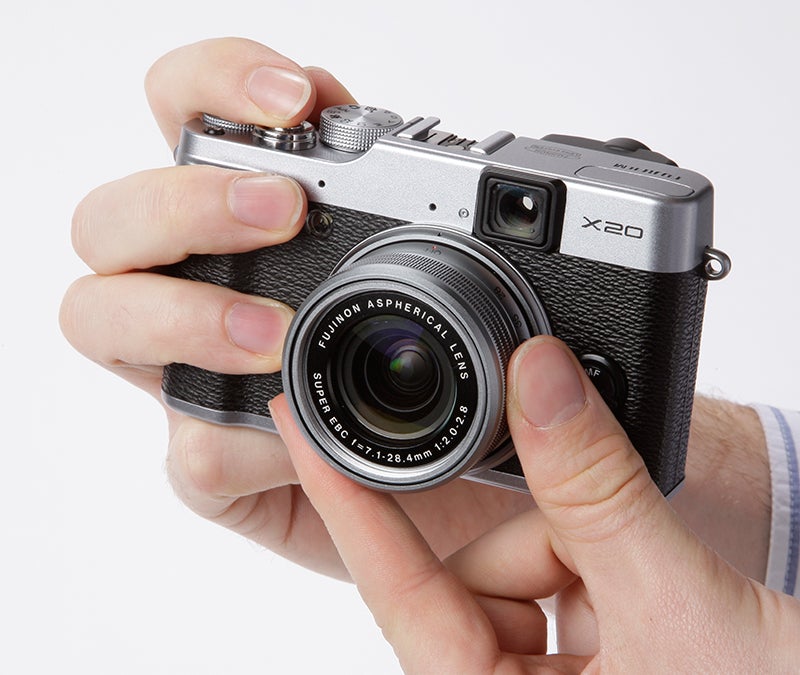 The Fujifilm X20 maintains the same 28-112mm manual zoom optic as the Fujifilm X10, with a respectably bright f/2-2.8 aperture range. Fujifilm has furnished the lens with a four-stop image stabilisation system, while macro photographers will be pleased to learn the X20 can focus as close as 1cm away from the subject when set to its Super Macro setting.

Other features of note include an optical viewfinder equipped with a new Digital Trans Panel to display key shooting information, as well as full HD video capture at 60fps.