Fuji’s latest sleek-looking ultra-compact digital camera is the FinePix Z110, a camera sitting within the company’s Fashion range. It may have sleek looks, but how does it shape up as a compact camera?

The Z110 combines an ultra-compact design and beautiful styling that is sure to turn the heads of those in the market for a pocketable, relatively inexpensive snapper. Built around a 14-megapixel CCD sensor the camera’s other key features include a 28-140mm 5x optical zoom lens with dedicated 720P HD video capability.

There’s a sophisticated contrast detection auto focus set up for such a (relatively) modest camera in that you have face detection AF, joined by central and tracking AF, single and continuous focusing.

The camera’s fixed 2.7in monitor has a 230k-dot resolution, so modest in terms of dot density but it’s okay to use in all but the brightest of conditions with its power save off, where it stays slightly brighter. However, the display’s colour balance is off appearing it’s warmer than the final images, which seems odd and while not a massive issue, it’s worth bearing in mind if the colours look a little off at first. 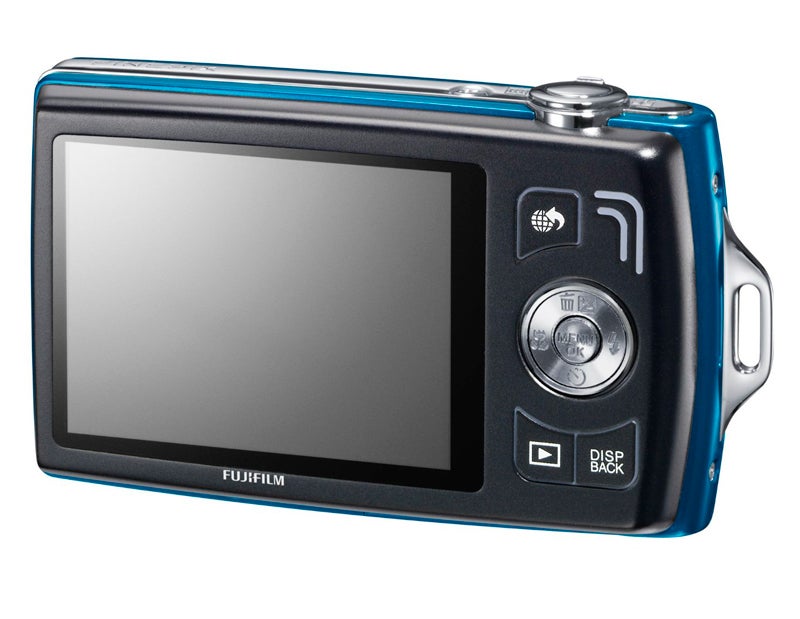 There’s a 29 MB of internal flash memory with external storage coming in the shape of SD/SDHC/SDXC media housed in a card slot alongside the NP-45A lithium-ion battery – a battery that’s good for a rather miserly 220 shots according to Fuji.

I found it proved much less than that however, with the battery warning first showing at around 120-shots, with only minimal flash use and reviewing of images, so something of a disappointment at that point. However, turning the flash off helps and I found it best to switch the camera out of it’s – otherwise effective – Auto SR (automatic scene recognition mode, which can detect six different scenes: Portrait, Backlit Portrait, Macro, Landscape, Night Portrait and Night scene) setting and into Program, which allows you to deactivate the flash and stops it from charging automatically each time you switch the camera on.

That and activating the various power saving features, such as lowering the LCD brightness (though that has its concomitant issues around viewing in brighter conditions) turning on the display’s power save mode (reduces the frame rate), turning off the (digital only, so no optical) Image Stabilisation and setting the auto-off timer to the minimum of two minutes, all help.

The camera has HD video capability but only with a maximum of the 720P variety with mono sound, but there’s no HDMI out port; there is a combined USB 2.0 port for power, charging and connectivity to, say a TV and computer, but the computer/power lead included in the box cannot connect the camera to a TV; the cable for that is a disappointing optional extra. 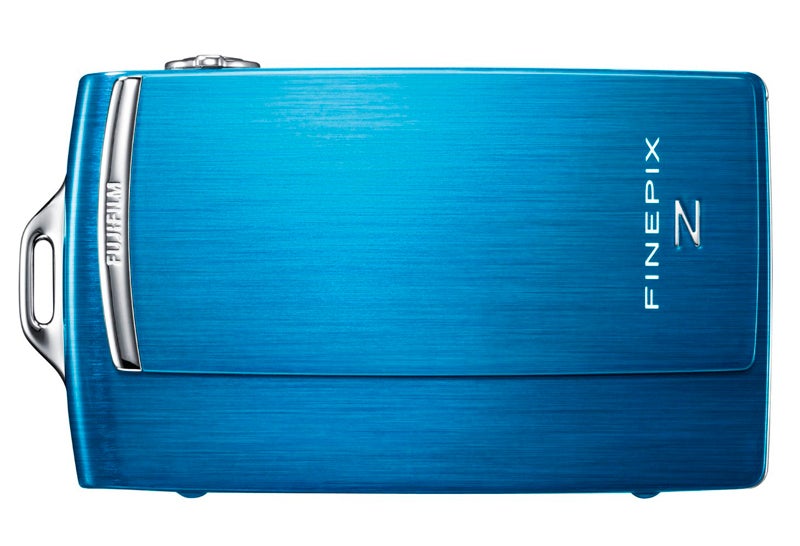 The camera comes in a variety of colours too; pink, purple, jade, blue, white and black. A set of modern blue backlit controls give the camera an air of exclusivity and looks attractive to boot; controls are simple enough to use as well.

A shutter button on the top is joined by a rather small direct video mode button, but because the camera’s front lens cover sliding panel is also the on/off button, there’s a tendency (at first) to press the video button thinking it’s the on/off button. Queue a short burst of unwanted video! Once you get used to that handling “foible” it’s a breeze to use.

The aforementioned back plate controls include a four-way jog button that can be used to activate the flash, exposure compensation, macro shooting and self timer modes, of which you get a nice array of options. There’s the usual 10-second setting, then a two-second timer, there’s then a neat couple’s timer, where it snaps only when two people get close together in front of the lens and you get a clever group timer that can be set to fire the shutter at a predetermined number of people, up to four.

Another plus is the all-metal camera body, even the sliding front panel is metal, so the camera’s 145g weight (with card and battery on board) still makes the camera feel substantial when hefted in the hand, but with its tiny 97 x 58 x 20mm dimensions, means you can literally pop this camera into the smallest of pockets.