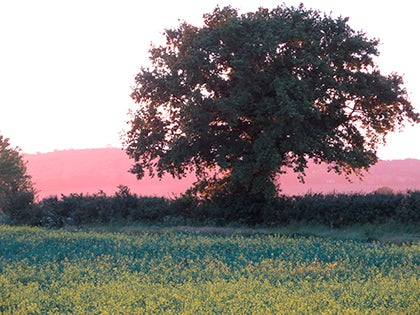 In terms of speed, the Canon PowerShot SX280HS acquits itself very well. The shutter response is well under a second, and from switch on to first shot the camera takes just under two seconds and one and a half seconds for shot to shot timing.

Focus and shutter response are very good, though focus performance drops off shooting video while the use of flash means its recharge hampers the shot to shot performance stretching it to almost three seconds. In “normal” shooting modes the camera shoots JPEGs at 3fps, while in high-speed mode, you’ll get 14fps for (up to) seven shots, after which, even the new DIGIC 6 processor has to buffer off the data before it can do more.

The SX280HS produces excellent colour throughout; images are bright, well saturated without being too so and there’s good contrast, the lens, be it at wide telephoto end performs well too, and the exposure performance (in Evaluative metering, more on which shortly) is dependable in all but the most difficult of subject with big contrast variations.

Here though, if you have problems the SX280HS lets you take control. You can either activate the i-Contrast, which helps retain shadow detail in high-contrast scenes on the fly, alternatively you can use the exposure compensation control to pull things back into range or finally, if all else fails, switch between the Evaluative, Center-weighted Average or Spot metering (from within the camera’s excellent Func(tion) menu) and that will allow you to control the way you handle any difficult lighting.

One problem with flash was the occasional red-eye, but otherwise the camera does what it does very well indeed, which brings me onto the optics.

A 5cm close focus distance looks a tad modest by the standards set by a lot of today’s similar compacts, but nevertheless makes for some great macro shooting. Overall, the detail captured at both ends of the zoom is good and problems with chromatic aberration, purple or blue fringing are well controlled throughout the zoom though slightly more noticeable at the 500mm end of the zoom range.

Barrel and pincushion distortion are there but negligible and not visible in “general” shots. The “Intelligent” and “Enhanced Dynamic” image stabilisation systems are sued to help stabilise camera shake at the longer focal lengths available for the former and for the same when shooting video for the latter.

As always though, one thing to bear in mind is the way it can make your composition “jump” if you press the shutter release to abruptly or, when recording video, if you pan or move the camera too quickly. It takes a while to get used to but once you’re aware, you can adjust your shooting style accordingly.

The camera has an improved ISO range – from 80 to 6400 – from the previous SX260HS model. Noise is very low at ISO 80 to ISO 200, becoming noticeable only at ISO 400. The jump to ISO 800 makes it more prominent still but beyond this point, from ISO 1600 to 3200 noise is obvious and detail starts to suffer as the processing kicks in, although results at this ISO would be fine used on screen.

At ISO 6400, well, lets just say it probably best left in the bank, image noise is very distracting, so the rationale of boosting the top ISO setting from that of the SX260HS’s, ISO 3200 top setting, is questionable.

The White Balance (WB) control is good, but the Auto setting struggled in mixed lighting and in tungsten lighting where it gave an orange cast, but all the WB presets perform well, so as always, it’s best to use the relevant mode for the ambient lighting you’re shooting in.