For the £699 asking price the G1 X’s performance is good, but not staggering. It’s the lack of progression compared to other compacts that disappoints.

The focusing system, for example, is capable but can hesitate while focus-hunting for a subject. We’re talking fractions of a second here, but for the price the camera ought to be those fractions of a second faster than any of the competition, and even better than similar-priced Compact System Cameras. But it’s not. 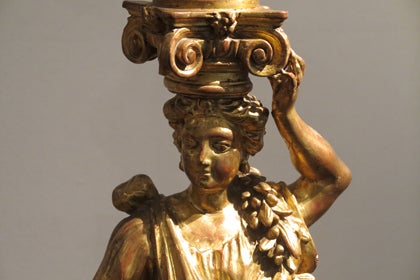 There are three main focusing types, each a direct port from the PowerShot S100 model: Face AiAF prioritises focus for faces; Tracking AF locks on to a moving subject from the centre-spot of the screen; and FlexiZone allows a single area AF point to be moved around the majority of the screen (though not quite edge-to-edge). To reposition the focus point a dedicated button on the rear of the camera can be used in conjunction with the d-pad, or when used with the menu button it’s possible to select between small and medium area sizes.

Servo AF (continuous autofocus) can be activated from within the menu and is either set to off or on. Once initial focus is found the Servo AF works efficiently, though won’t be able to keep up with fast moving subjects.

Close-up shooting is another feature that the G1 X lacks. The minimum focus distance at the 28mm wideangle setting is 40cm from lens, reduced to 20cm from lens in the Macro mode. As the focal length increases so does this distance setting, to around 110cm from the lens at the 112mm equivalent zoom. 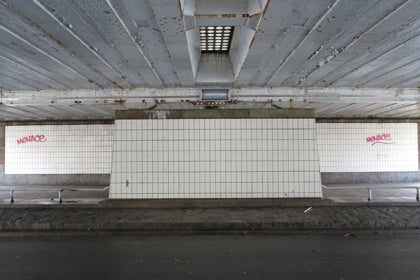 The G1 X’s 3in, vari-angle screen is great in use, which is more than can be said for the optical viewfinder: To the eye it’s small and the parallax error means what is being framed through the viewfinder is different to what the lens is seeing. The field of view is also significantly cut, as around 77% of the final image is visible in the viewfinder’s frame. We’d rather the viewfinder was there rather than not, and the ability to zoom in real-time with the lens is useful, but it’s not a feature that saw much use during real-world testing due to its limitations.

Battery life, too, is around the 250 shots per charge mark. Not quite enough for a serious days shooting.

The G1 X’s burst speed is a lowly 1.9fps, but then this camera isn’t really aimed at sports photographers. A Scene mode does allow six frames to be captured at a 4.5fps burst rate, and these are all cleared within three seconds before the camera is ready to go again. Shooting standalone Raw files and it takes a couple of seconds between one shot before the camera’s ready to go for the next – so, although not lightning fast, this is an improvement compared to the likes of the Canon G12. 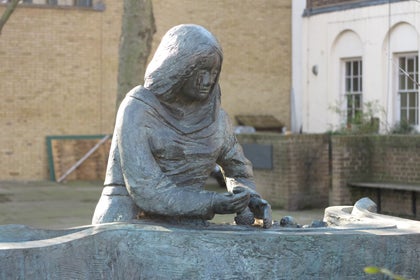 The inclusion of a standard TTL hotshoe is one great feature. The camera is compatible with Canon Speedlites, or add a wireless transmitter and it’s possible to control off-camera flash at up to 1/250th second. Using just the built-in flash, the synch speed is a super-fast 1/2000th sec, increased to 1/4000th sec using high-speed sync.

The availability of the fast shutter speed is another benefit to the G1 X as there are few compact cameras out there with the ability to shoot at 1/4000th of a second.

The widest f2.8 aperture setting is available at the 28mm wideangle setting, which dips to f/5.8 at the 112mm focal length. This is decent, and great in combination with the large sensor in order to pronounce shallow depth of field.

A built-in, internal neutral density (ND) filter also offers more control, cutting back on three stops of light when put to use. Another high-spec feature.

As well as stills the camera’s one-touch movie button activates 1080p capture at 24 frames per second, and the zoom is available to use during recording.