Canon PowerShot D30 Review - Canon's latest waterproof compact follows on from some impressive predecessors, but can it match their performance both in and out of the water? 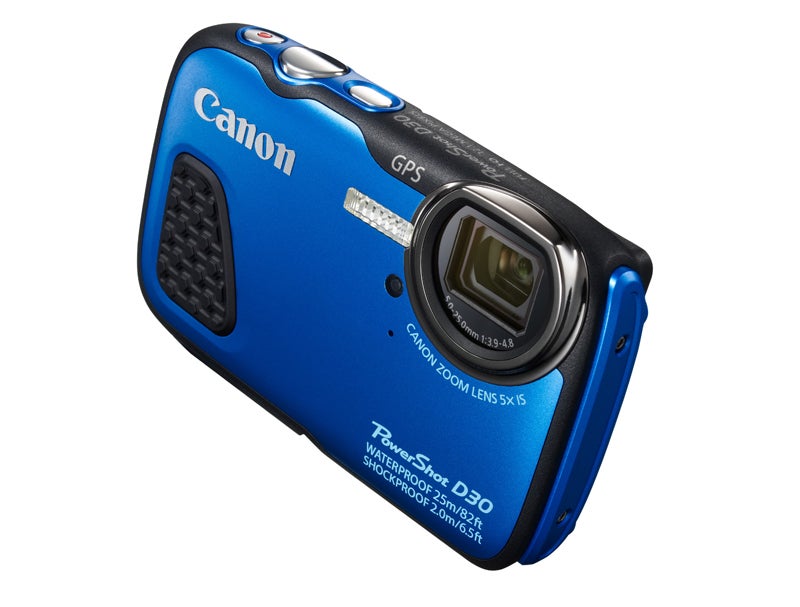 For all of its finer qualities there’s no denying that the D20 did look a bit odd, with a peculiarly-shaped body designed to resemble a fish, and a selection of cosmetic exposed hex-key bolt heads, included presumably to appeal to people who think that outdoor equipment has to look like military hardware.

The styling of D30 is a lot more conservative. The shape is a simple rounded rectangle with a flatter top panel than the D20, which makes the camera a lot easier to grip and use one-handed, a useful consideration if your other hand is holding your kayak paddle or the handlebars of your jet ski.

Despite the lack of improvement of the internal components, the new case does have some nice design touches. It is slightly smaller and lighter than the D20, thanks to the more sensible shape, and the body now incorporates heavily textured grips on both front and rear.

As before the body is made mostly of solid high-density plastic with a façade of aluminium, but where the D20 was available in a range of colours, the D30 is only available in blue. 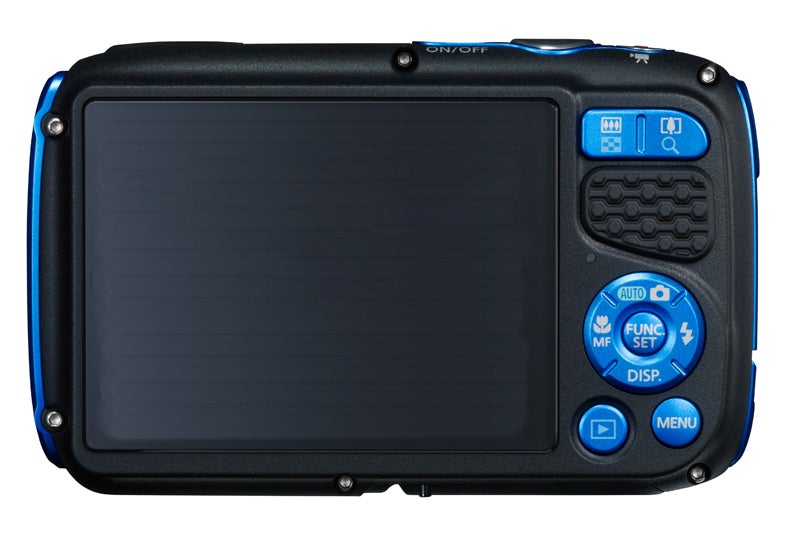 The control layout has changed slightly from the D20. The quick-start video recording button has swapped places with the playback button and is now found on the top panel next to the shutter button, which is a more sensible location.

The other controls are also more sensibly designed. As noted above they’re still too small and fiddly to be operated while wearing gloves, but they are at least easy to use with bare hands.