The Canon EOS 6D is the first DSLR to feature built-in Wi-Fi connectivity. We spoke to David Parry, Canon's UK representative at Photokina 2012, to find out how this technology works.

Wi-Fi connectivity is fast becoming a sought after feature on compacts and compact system cameras, enabling users to wirelessly transmit images quickly and simply to mobile devices such as smartphones and tablets. Canon has recently taken Wi-Fi connectivity one step further by introducing it into their latest DSLR – the EOS 6D and it becomes the first DSLR to offer this functionality built in to the camera.

Speaking with David Parry from Canon UK and Canon Europe at Photokina 2012, we had the opportunity to run through the integrated wireless technology and find out more about how it works. In the video below he explains how images can be transferred to other Canon Wi-Fi enabled cameras in a matter of seconds and reveals the other devices 6D users may wish to transfer their images to.

Devices that the EOS 6D users may want to transfer data too include: 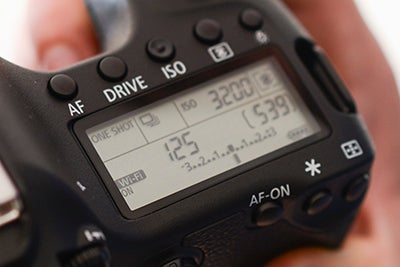 Another advantage of using the EOS Remote facility on your smartphone or tablet is that it provides the option to change camera settings and shooting modes without having to be near to the camera. Focusing on the Live View screen and firing the shutter are also be supported.

The 6D marks another first in the way it offers integrated GPS. Capable of recording location data within an image file, it’s likely to be a popular with those that like to plot images they’ve taken on a map. The 6D’s logger function can also record the GPS location over a pre-defined period, meaning photographers can view the precise route they’ve taken on their computer.

To watch our first look video of the Canon EOS 6D out in Cologne at Photokina 2012, click here.